The past few days have been a whirlwind of activity trying to see as much of London as possible and still fit in my work schedule. I’ve tried to blend the two by scheduling work in places I haven’t yet visited. One of my meetings was in a wonderful area called Covent Garden…not to be missed IMHO. A bit of the old and a bit of the new, like most of London, I had a meeting at a grand old pub called “Punch and Judy”. It is right in the actual Covent Garden, an area where merchants brought their goods for selling in long times past. They still sell there but now the shopping is much more upscale. “Punch and Judy” was there for both and also has a wonderful balcony in the upstairs part of the pub. It looks out on the grounds below where you might catch a few tunes by street musicians or any number of strange but fun street acts. The day I had my meeting there was a comedian on a very high unicycle juggling several knives (which he assured us were sharp as hell) as he babbled along with comedic commentary. I think you get the picture.

The Covent Garden area is also an excellent place to buy discount tickets to the London theater scene.

After finishing up my work it was time for a proper pint so my friend and I headed to a very old and very British pub where lots of the after work crowd were sharing a cold beverage. We were clearly not regular customers and as we admired some of the pictures on the wall I turned to one of the Brits and asked him how old the pub was. “I’m not quite sure” he opined, “but I believe it opened sometime in the 18th century……before you Yanks spun off as the States.” 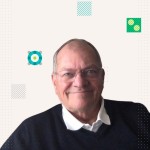